It’s the day of roses and chocolates, of cute, loveable and slightly creepy Facebook statuses. So who wouldn’t look forward to it coming every year? It’s the one day of the year that everyone either hates or loves; then again you could be like me. Valentine’s Day is the marmite of my calendar year. I don’t hate it and I don’t love it. It’s just there to be celebrated by going to dinner and declaring your unrequited love for your other half. If you don’t have the other half to celebrate it with then it’s a day of watching soppy movies with the occasional teary moment. Or you could spend in a totally opposite style by watching the Godfather part 1 to 3. I’ve spent Valentine’s Day in both ways before, Godfather and all but with my free time to spare this afternoon I think I’ll spend it with a cup of tea and a good book. So here’s a few of my favourite romances, heart-breaking to laugh-out-loud page dwellers for those who are looking for a change from the usual roses and reservations of Valentine’s Day.

The Fault in Our Stars – John Green
This is the book of the moment, it’s everywhere and everyone is reading it. If you want a teenage romance with a twist then this is the book to pick up! It follows the life of Hazel, a teenage girl suffering from lung cancer who is forced by her mother to attend a support group where she meets Augustus. The book follows their relationship and their bond over the life struggles of cancer. It is a beautifully written and fast paced book that not only gives you a great Valentine’s read but many valuable life lessons about love and the impending truth that you don’t know what is ahead so savour every moment. 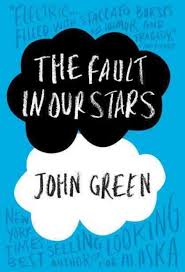 Divergent – Veronica Roth
Not the book that would immediately come to mind when you think of Valentine’s Day but there is a beautiful romance in this book that parallels the main plot. This is a dystopian novel set in a futuristic world where every boy or girl must decide which faction they chose to live in when they reach the age of 16. The entire city is separated into factions to reduce the chances of another war, meaning that the people of each faction must follow a set of rules and style of thinking. The only clause is your faction is your life, once you leave your family to be with another faction, your faction becomes your family. ‘Faction before blood’ as the quote goes but the plot follows the life of Beatrice Prior as she makes the transition from one faction to another and the decisions she makes to hide a deadly secret about herself. The romance part of the book unravels itself throughout Beatrice’s journey and it is gripping, exciting and addictive.

Pushing the Limits – Katie McGarry
Solely based on a teenage romance this is another fast paced and exciting Valentine’s read. If you like the bad boy and the mysterious plot then this is the book for you. Echo can’t remember her past, she can’t remember the day that changed her life and all she knows is she’s dealing with the consequences now. She meets tall, dark and handsome bad boy, Noah when she is leaving therapy and their romance sparks. This book is wrapped up in dark and twisted pasts. Both characters are emotionally and physically scared from a past they can’t fully understand and these similarities strengthen their relationship. Another heart-warming and elegantly written book that is perfect for Valentine’s Day and especially if you are after a darker plot with a twist. 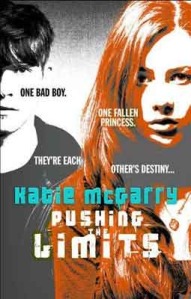 The Great Gatsby – F.Scott Fitzgerald
Here goes another teary-eyed book depending on how you interpret it. This book follows the life of wealthy Mr Gatsby through the eyes of Nick Carraway. Gatsby is in search of his one true love as his past hunts him. His love for Daisy goes beyond any romance I have read in a classic novel and if any guy was this infatuated in today’s times it probably wouldn’t be sweet but rather stalker-ish. However this is one of my favourite books of all time and the romance in it is addictive. Set in the jazz age of America, Fitzgerald plays with and criticises the ideas of that time exhibiting the lives of the wealthy old money and the wealthy new money. He exposes social classes and mind sets around the American dream and perfectly encapsulates 1920’s America in a short but dense book. Packed with metaphors, characters, personalities and dominated by a bitter-sweet romance, this book is perfect for a classic-loving, reader in search for a tear-jerking Valentine’s read. If you want to really bury into romance and you’re a fan of Fitzgerald I recommend looking up his relationship with his wife Zelda. It’s the equivalent of getting kicked when you’re down and so overbearing that you have to remind yourself that it is fact and.

Pride and Prejudice – Jane Austen
The renowned classic and the book that appears in nearly everyone’s mind when they hear romance novel or classic. Anyone that hasn’t read this or been forced to through school or college has clearly been living under a rock. Jane Austen writes perfectly, leaving nothing more than the story playing out in your head. The plot follows the life of Elizabeth Bennett a strong and individualistic woman for the 19th Century. She is one of five sisters creating a heavy burden on her parents as all must marry as soon as possible. Elizabeth Bennett is a stubborn and independent character that meets the equally strong, stubborn and wealthy Mr Darcy. They experience a bit of a love-hate relationship to begin with but eventually the infatuation with each other’s personalities leads to greater things. If you’re reading the book for the first time Mr Darcy’s character appears rude, pompous and ignorant which is probably shocking as every girl swoons at the mention of his name. This is the perfect read for Valentine’s Day, the perfect romance that is totally viable even in today’s times. If you don’t feel like reading Austen’s creation even watch the movie, preferably the BBC version with Colin Firth because it is a masterpiece that epitomises Austen’s words entirely. 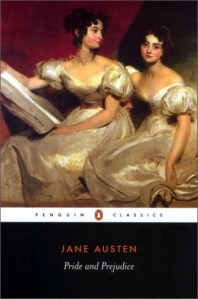 Bridget Jones Diary – Helen Fielding
This is the modern day adaptation of Pride and Prejudice that will leave you with mascara running down your face from laughter rather than sadness. I can lay bets that if I turn on my TV tonight around 8pm it will be on a channel somewhere. I have never read a book that looks like my thoughts have spilled onto the page like this one. It is honest and to the point, the perfect single girl’s read or if you are coupled up and want cheering up. Fielding doesn’t create Bridget but rather embodies the everyday woman looking for that special someone. She doesn’t create the perfect romance that you crave after reading a romantic novel but rather documents the harsh but hilarious realities of dating in the 21st century. The daily disputes that you have in your head are in this book from weight struggles to rainy days and I can promise you that you will be left smiling by the end. And what could be better than a giggle and a smirk on Valentine’s Day. 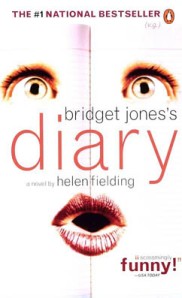