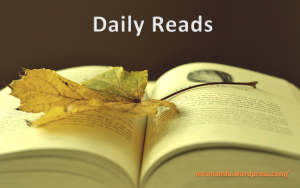 Back to work and I’m sad. I had the most amazing weekend away with my other half for his birthday and I just did not want to come home. After driving for four hours, wining, dining and exploring what our own little country has on offer, it’s sad to go back to reality.  Below are some pictures from our trip around Westport House in County Mayo, Ireland. It was beautiful and it took a lot of persuading to drag me away from the library. 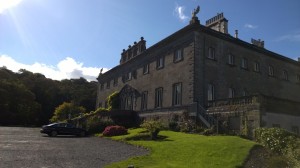 After work this week I am planning on cuddling on the sofa with copious amounts of books to once again feel that loss of reality. There is no better reason to read other than to immerse yourself in a new world, surrounded by wonderful characters and beautiful settings.

This week I will be focusing on Gone Girl by Gillian Flynn and The Kill Order by James Dashner. I noticed that Gone Girl is now out in cinemas and is getting some powerful reviews. This mirrors the attention it received in the book world as it is reviewed highly leaving so many readers shocked and passing the book on for further admiration. 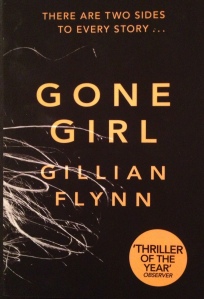 Gone Girl unveils the plot of Nick and Amy’s fifth wedding anniversary which should be a day of celebration, until Amy goes missing. A mystery unfolds as Nick becomes a suspect, secrets are unveiled and it’s revealed Amy was afraid of Nick only strengthening the possibility of his involvement. Inexplicable searches appear on Nick’s computer, somebody keeps calling him and still the whereabouts of his wife are unknown. Is he involved or is someone setting him up?

I cannot wait to start this book, it has been on my TBR shelf for so long and the release of the movie is the motivation I need to start this rollercoaster of mystery.

The Kill Order is the prequel to The Maze Runner series and there isn’t very much I can say about it without risking any spoilers. However I will say that I am excited to read it as it talks about life before the Maze for Thomas and many of the other characters. Even whilst I was writing this, I had the book beside me and had to force myself to put it down…I may have read the first few pages. As I said before I am excited to read this and yet part of me doesn’t want to because I don’t want the series to end. I have loved this series so much, it is like nothing I have ever read before and despite the fact I can focus on the movies now I doubt it can ever replace the books.

I have a great week of reading ahead of me and I can’t wait to get started. Hope everyone has a wonderful week!