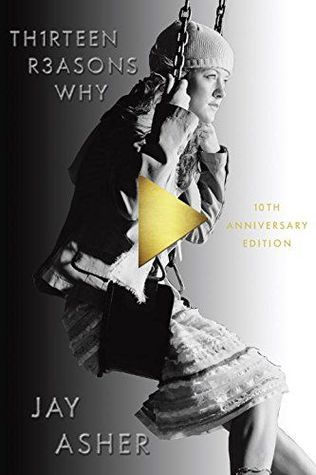 I had to read this book as soon as I heard it was being adapted in to a Netflix series, I kind of knew what this book was about but I did not know what to expect. The book starts with Clay Jensen who heads home after school to find a shoebox on his doorstep filled with cassette tapes, when he starts to play them he realises they are from Hannah Baker, a classmate who two weeks prior took her own life. On hearing her voice he is shocked, sad and sick to his stomach, Hannah tells Clay that there were thirteen reasons why she completed suicide and he is one of them. However he has to listen to all of the tapes to find out why and after he has heard his part he must pass the tapes on to the person Hannah talks about next. Everyone who listens must pass the tapes on and if they don’t a duplicate set will be made public.

This book was incredible, I didn’t know what to expect but as soon as I started reading it I couldn’t stop. I did take breaks reading this book though because it was so deep and emotional, I found it a struggle to read the words of someone who completed suicide. Not only this but it made me think about what people say, something small and unimportant sparked a domino effect of events that led to Hannah taking her own life. This only points out the importance of think before you speak and how powerful words are, despite this book being fiction it is all too realistic and relevant to society today.

As Clay listens to the tape, he travels across town following a map of places Hannah has marked out as relevant to her story. This gives Clay a first-hand experience to Hannah’s pain, how events unfolded and how they could have been prevented. This book was so thought-provoking yet hauntingly beautiful as it gave the chance for someone to explain why they felt they couldn’t continue living, why they felt their life had reached its finality and presented the chance for people to think twice about their actions for how they affect others.

I found Hannah’s character interesting because there’s a point in the book where nothing could bring her back from her decision. She had reached such a dark place and the author had portrayed her mental state so well. She continues to spiral from the first tape to the last and I found this realistic perception of someone in a deep depression to be well done. Not only this but Clay’s character equally was well written because he interrupts Hannah questioning why she felt that way and if only she’s let someone talk to her, help her, be there for her. Again this is a fair representation of someone on the outside looking in, it’s difficult to talk to someone who is in this state of mind and who sees no way out. I think most of Clay’s criticism is sadness and some guilt that he maybe didn’t notice Hannah’s struggle entirely and how he didn’t press her when he had the chance.

I am hoping to start watching the TV show as soon as possible and see how it has portrayed the book. Due to its popularity I have seen some links online about how it is different to the book but I understand not everything can be included; all I can hope is that they have done it justice. I know Jay Asher helped the adaptation so I can only hope he allowed a slither of artistic license whilst sticking to his creation.

I gave this book a 4 out of 5 stars on Goodreads and was shocked to see so many of my friends had marked it lower. I feel slightly sadistic saying that I enjoyed this book since a main idea is suicide but I feel this is an important read. It brings to light so many hard truths with interactions and thinking about how you treat others, not only that but this book highlights the signals that someone is considering taking their own life. I hope the Netflix series makes this book even more popular than what it is as it’s an important read and one that will stay with any reader.

One thought on “Thirteen Reasons Why – Jay Asher”